I often meet with skepticism when I say that server monitoring systems should only page when a service stops doing its work. It’s one of the suggestions I made in my Smoke Alarms & Car Alarms talk at Monitorama this year. I don’t page on high CPU usage, or rapidly-growing RAM usage, or anything like that. Skeptics usually ask some variation on:

If you only alert on things that are already broken, won’t you miss opportunities to fix things before they break?

The answer is a clear and unapologetic yes! Sometimes that will happen.

It’s easy to be certain that a service is down: just check whether its work is still getting done. It’s even pretty easy to detect a performance degradation, as long as you have clearly defined what constitutes acceptable performance. But it’s orders of magnitude more difficult to reliably predict that a service will go down soon without human intervention.

We like to operate our systems at the very edge of their capacity. This is true not only in tech, but in all sectors: from medicine to energy to transportation. And it makes sense: we bought a certain amount of capacity: why would we waste any? But a side effect of this insatiable lust for capacity is that it makes the line between working and not working extremely subtle. As Mark Burgess points out in his thought-provoking In Search of Certainty, this is a consequence of nonlinear dynamics (or “chaos theory“), and our systems are vulnerable to it as long as we operate them so close to an unstable region.

But we really really want to predict failures! It’s tempting to try and develop increasingly complex models of our nonlinear systems, aiming for perfect failure prediction. Unfortunately, since these systems are almost always operating under an unpredictable workload, we end up having to couple these models tightly to our implementation: number of threads, number of servers, network link speed, JVM heap size, and so on.

This is just like overfitting a regression in statistics: it may work incredibly well for the conditions that you sampled to build your model, but it will fail as soon as new conditions are introduced. In short, predictive models for nonlinear systems are fragile. So fragile that they’re not worth the effort to build.

Instead of trying to buck the unbuckable (which is a bucking waste of time), we should seek to capture every failure and let our system learn from it. We should make systems that are aware of their own performance and the status of their own monitors. That way we can build feedback loops and self-healing into them: a strategy that won’t crumble when the implementation or the workload takes a sharp left. 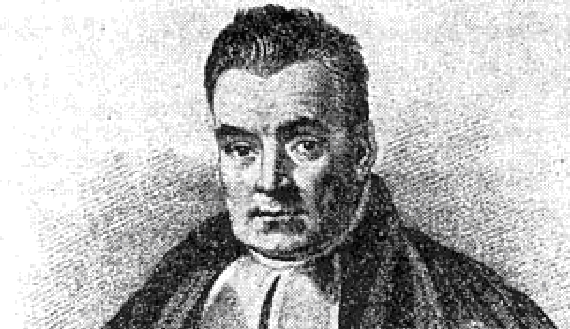 We’ve come a long way in recognizing that humans are integral to our systems, and that human error is an unavoidable reality in these systems. There’s a lot of talk these days about the necessity of blameless postmortems (for example, this talk from Devops Days Brisbane and this blog post by Etsy’s Daniel Schauenberg), and I think that’s great.

The discussion around blamelessness usually focuses on the need to recognize human interaction as a part of a complex system, rather than external force. Like any system component, an operator is constrained to manipulate and examine the system in certain predefined ways. The gaps between the system’s access points inevitably leave blind spots. When you think about failures this way, it’s easier to move past human errors to a more productive analysis of those blind spots.

That’s all well and good, but I want to give a mathematical justification for blamelessness in postmortems. It follows directly from one of the fundamental theorems of probability.

Some time in the mid 1700s, the British statistician and minister Thomas Bayes came up with a very useful tool. So useful, in fact, that Sir Harold Jeffreys said Bayes Theorem “is to the theory of probability what Pythagoras’s theorem is to geometry.”

The “pipe” character between ‘E’ and ‘D’ is pronounced “given that.”

For example, let’s suppose that there’s a 10% probability of a traffic jam on your drive to work. We would write that as

In our traffic example, we can use Bayes’ Theorem to calculate the probability that there’s been an accident given that there’s a traffic jam. Informally, you could call this the percentage of traffic jams for which car accidents are responsible. Assuming we know that the probability of a car accident on any given morning is 1 in 5, or 0.2, we can just plug the events in which we’re interested into Bayes’ Theorem:

Bayes’ Theorem can give us insight into the usefulness of assigning blame for engineering decisions that go awry. If you take away all the empathy- and complexity-based arguments for blameless postmortems, you still have a pretty solid reason to look past human error to find the root cause of a problem.

Engineers spend their days making a series of decisions, most of which are right but some of which are wrong. We can gauge the effectiveness of an engineer by the number N of decisions she makes in a given day and the probability P(M) that any given one of those decisions is a mistake.

Suppose we have a two-person engineering team — Eleanor and Liz — who work according to these parameters:

Eleanor is a better engineer both in terms of the quality and the quantity of her work. If one of these engineers needs to shape up, it’s clearly Liz. Without Eleanor, 4/5 of the product wouldn’t exist.

But if the manager of this team is in the habit of punishing engineers when their mistakes cause a visible problem (for example, by doing blameful postmortems), we’ll get a very different idea of the team’s distribution of skill. We can use Bayes’ Theorem to see this.

The system that Eleanor and Liz have built is running constantly, and let’s assume that it’s exercising all pieces of its functionality equally. That is, at any time, the system is equally likely to be executing any given behavior that’s been designed into it. (Sure, most systems strongly favor certain execution paths over others, but bear with me.)

Well, 120 out of 150 of the system’s design decisions were made by Eleanor, so there’s an 80% chance that the system is exercising Eleanor’s functionality. The other 20% of the time, it’s exercising Liz’s. So if a bug crops up, what’s the probability that Eleanor designed the buggy component? Let’s define event A as “Eleanor made the decision” and event B as “The decision is wrong”. Bayes’ theorem tells us that

which, in the context of our example, lets us calculate the probability P(A|B) that Eleanor made a particular decision given that the decision was wrong (i.e. contains a bug). We already know two of the quantities in this formula:

The last unknown variable in the formula is P(B): the probability that a given design decision is wrong. But we can calculate this too; I’ll let you figure out how. The answer is 11 in 150.

Now that we have all the numbers, let’s plug them in to our formula:

In other words, Eleanor’s decisions are responsible for 54.5% of the mistakes in the system design. Remember, this is despite the fact that Eleanor is clearly the better engineer! She’s both faster and more thorough than Liz.

So think about how backwards it would be to go chastising Eleanor for every bug of hers that got found. Blameful postmortems don’t even make sense from a purely probabilistic angle.

Could Eleanor be a better engineer by making fewer mistakes? Of course. The point here is that she’s already objectively better at engineering than Liz, yet she ends up being responsible for more bugs than Liz.

Isn’t this a grotesquely oversimplified model of how engineering works? Of course. But there’s nothing to stop us from generalizing it to account for things like the interactions between design decisions, variations in the severity of mistakes, and so on. The basic idea would hold up.

Couldn’t Eleanor make even fewer mistakes if she slowed down? Probably. That’s a tradeoff that Eleanor and her manager could discuss. But the potential benefit isn’t so cut-and-dry. If Eleanor slowed down to 60 decisions per day with a mistake rate of 1:40, then

So if, for some crazy reason, you’re still stopping your postmortems at “Eleanor made a mistake,” stop it. You could be punishing engineers for being more effective.